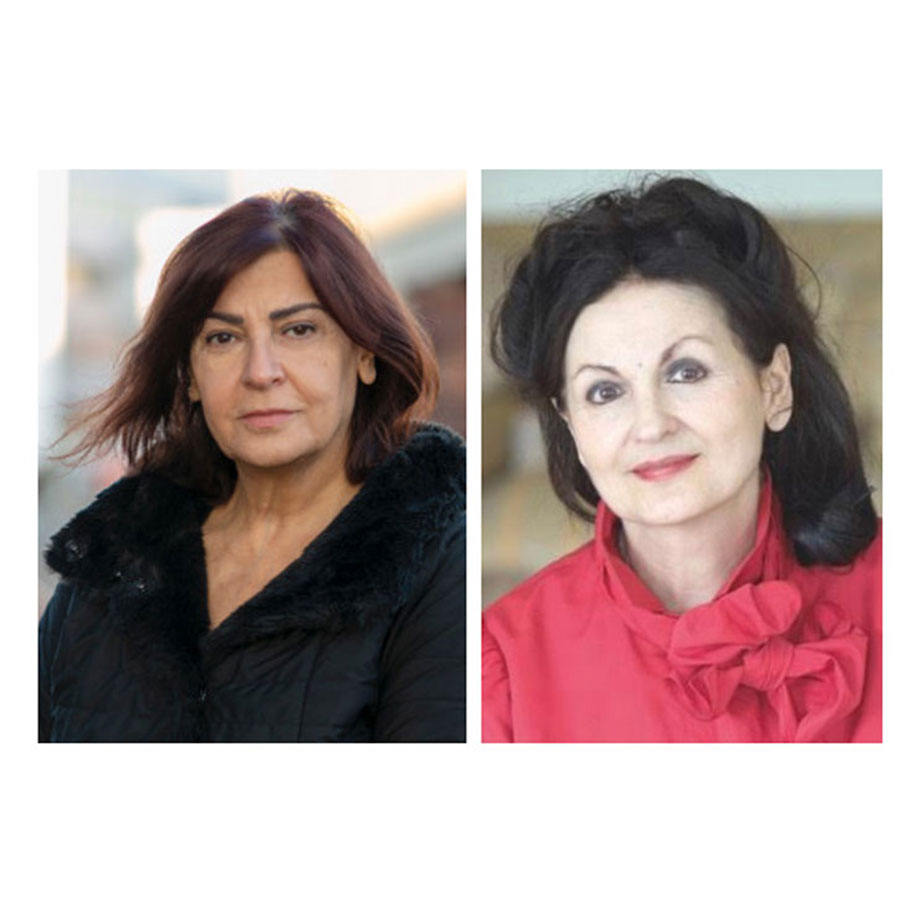 General Information
A live panel with the famous Lebanese novelists Hanan Al Shaykh and Prof. Iman Humaydan. With both novelists speaking about their books – Al Shaykh’s The Locust and the Bird: My Mother’s Story, Humaydan’s The Weight of Paradise – the panel will explore the female characters of their novels and the societal causes they reflect. Entry is free.

An award-winning Lebanese novelist, Hanan Al-Shaykh’s work is heavily influenced by the patriarchal controls under which she was raised. Al-Shaykh’s work is a social commentary on the status of women in the Arab-Muslim world, in which she challenges notions of sexuality, obedience, modesty, and familial relations. Hanan will be speaking about her novel, The Locust and the Bird: My Mother’s Story, which is a biography of a Muslim woman from Lebanon (her mother), who dared to make her own choices.

Humaydan is a Lebanese writer, researcher and creative writing professor, and author of four books. In her work, both literary and academic, Humaydan is concerned with memories of war and the lives of women. She is a co-founder and president of PEN Lebanon and a board member of PEN International. Iman will discuss the female image of the self and the female image of the other through the female protagonists in her last novel The Weight of Paradise.

Hanan al-Shaykh is one of the most acclaimed writers in the contemporary Arab world. She is the author of seven novels, including The Story of Zahra, Women of Sand & Myrrh, Beirut Blues, Only in London, as well as the collection of stories, I Sweep the Sun off Rooftops, and her much praised memoir of her mother’s life: The Locust and the Bird. She has written two plays, Dark Afternoon Tea and Paper Husband, and published One Thousand and One Nights, an adaptation of some of the stories from the legendary Alf Layla Wa Laya – the Arabian Nights. Her latest novel, The Occasional Virgin, was published by Bloomsbury in 2018. Her work has been translated into twenty-eight languages. She lives in London.

​​Iman Humaydan is a Lebanese writer, researcher and academic. She is the co-founder and current President of PEN Lebanon, and a board member of PEN International. She has worked in the field of cultural journalism and published four novels: B as in Beirut, Wild Mulberries, Other Lives and The Weight of Paradise. These have been translated into many international languages; most recently, Armenian and Georgian. Her last novel, The Weight of Paradise, won the Katara Prize, and its French translation was shortlisted for the 2017 Prix de la littérature arabe awarded by the Institut du Monde Arabe in Paris. Her writings tackle post-war and gender issues, memory, identity, language and migration. She aims to make women writers’ voices audible. Humaydan has also edited a collection of 15 short stories about Beirut entitled Beirut Noir, translated into English and published in 2015 by the New York publisher Akashic Books. She collaborated in writing the screenplay for the film “Here Comes the Rain”, which was based on her academic research on families of those who disappeared during the Lebanese civil war. The film won numerous Lebanese and international awards. Another screenplay, “Asmahan, Une Diva Orientale”, focused on the life of the Lebanese/Syrian singer Asmahan. Between 2007 and 2014, she taught creative writing at the University of Iowa and, since 2015, has been teaching creative writing in the Paris 8 University Saint-Denis, France. She is currently writing her fifth novel and lives between Paris and Beirut.