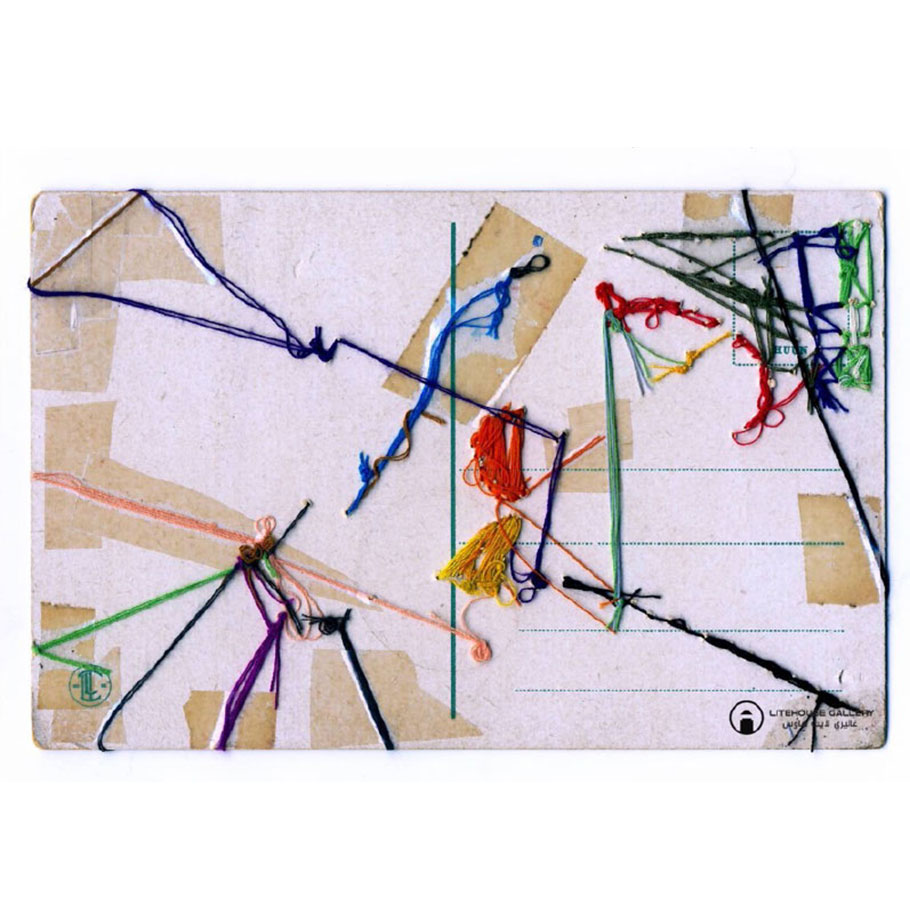 Event Title
Which Story, Whose Histories?

General Information
This free two-part workshop hosted by artist Elena Cecchinato is aimed at refugee children and adults. Participants will learn to rework a vintage photograph, giving new life and narrative to it by a stitching and weaving process that will spark new visual conversations with time and memory. Bring an old photo that means something to you. All materials will be provided. The second part of this workshop will take place at Garrett Anderson secondary school.​​

Over two hours, the artists will facilitate participants in exploring fabrics, image making and archiving. This educational session includes:

Both images and clothes, with their signs and meanings, are necessary to our sense of space and charge our reality. They are vehicles and mediums to unite and conceive reality, working between the ‘I’ and the world, the interior and the exterior, the knowing and the doing. They allow an opportunity for us not to be subdued by the world, but rather interact with it, transforming it always into new narratives. As in a laboratory participants will explore their imaginations and memory via a “re-weaving” / “re-imaging” exercise. By learning how to embroider old photographs, we will directly experience how perception and memory itself is about change, reworking, reweaving.

Elena Cecchinato works in different mediums, primarily drawing, from a diverse range of sources including music, philosophy, economics, science and religion.  From these she creates densely layered imagery that both repeats and creates something entirely new. Recently her focus has been on the themes of invisibility, transformation and abstraction.

Cecchinato was born in Venice, Italy. She learned Korean and Chinese painting at Korea University in Seoul before obtaining an MA in the History of Art of Africa and Asia from SOAS, University of London. Her work has been shown internationally, as well as in London at the Westbourne Studios, Area 10Ps, and The Rug Factory. She has worked with the Royal Hospital for Integrated Medicine and the Warwick Festival of Literature and Spoken Word. The Museum of Everything has also featured Elena’s works, as part of its exhibition#2 at Tate Modern. Most recently she has shown Transpadovano at Palazzo Moroni, Padova, in Italy; Turf at Cutlog NY, USA; and has collaborated with the Roundabout.Lx Collective and the River of Thoughts Residency hosted by Olho du Boi, both in Lisbon, Portugal.